Do you want to know how hot a plasma cutter gets? Since heat is the most effective method of cutting metal, the system requires an extremely hot temperature. It is possible to cut 200 inches of material per minute using plasma cutter.

Mechanics and scientists are trying to improve the technology for increasing heat. So far, they have achieved traction of more than 200 inches per minute from less than 35 inches per minute. Using plasma, we anticipate that this is only the beginning.

Grapes are even being used to make it in microwaves by some people. You can watch it here.

Have you ever wondered what the fourth state of matter is? It is plasma, after gases, solids, and liquids. From solid to liquid, from gas to plasma, the matter goes through various states. It is the temperature at which each stage reaches that makes the difference.

According to temperature, molecules in the first three states become closer in solids, move apart in gases, or even float apart in a liquid.

During the separation process, plasma goes one step further by separating the electrons from the molecules. The electrical force created by this process links together all of the molecules, unlike a gas.

Plasma forms when electrons separate from one another through this intense electrical energy that forms, which holds them together. With a plasma cutter, this fierce heat is harnessed to cut through metal.

Components of a Plasma System

There are three main components in a plasma system, as summarized below:

Supercharging and heating the gas in the system is done by utilizing this source of power. D.C. voltage ranging between 200 and 400 VDC is converted from A.C. line voltage by the power supply.

During a plasma torch’s operation, the circuit generates about 5000 VACS, which creates the spark that causes the plasma arc.

With this torch, you can get proper alignment and cooling of the ingredients inside. An electrode, a swirl ring, and a nozzle are the main components necessary for creating plasma arcs.

Using plasma as a cutting method, heat is generated. Rather than cutting metal mechanically, this process melts it using heat.

There is always a constant mechanic to the system. Gases like nitrogen or compressed air are used in plasma cutters. Plasma is formed through the ionisation of these gases.

By contacting the electrode, the compressed gases ionise to create greater pressure. Plasma flows toward the cutting head as the pressure increases.

Creating a plasma stream is the result of the cutting tip constricting the flow. After this, the workpiece is subjected to it. Through the cutting table, plasma is connected to the ground because it is electrically conductive.

A plasma arc’s high temperature causes the metal to melt as it contacts the arc. Additionally, the fast-moving gases blow the molten metal away.

How Hot Does a Plasma Cutter Get?

As the transitions between states of matter increase, their increments also increase. Water, for instance, converts from a solid to a liquid at just 2°F and from a liquid to a gas at 212°F. In the plasma form, the number increments from 2 to 210 increase further by over 10,000. In plasma cutters, temperatures can reach 40,000°F or 22,000°C.

You can hold this material in your hands, and it’s insanely hot. Many plasma cutters are handheld devices without guards and operate via hand control instead of automated systems.

Larger plasma cutters with computerized systems are equipped with heavy-duty safety features and guards. The price here is under $300, and anyone can buy them.

Although it can be frightening to think that anyone could be operating one of these high-tech machines, I enjoy using them. A plasma cutter is a perfect tool for cutting through nearly any solid sheet of metal.

What Does the Future Hold for Plasma Cutting?

Some scientists have measured plasma reaching temperatures approaching 10 trillion degrees Fahrenheit, which is the melting point of a metal plate when exposed to high-end plasma cutters.

This shows the potential of plasma technology, although people are unlikely to use this heat to cut metals. We have the opportunity to harness this phenomenal state of matter in extraordinary ways.

Lasers and water cutters would produce clean cuts like those in the workshops of many welders. This cutter type is significantly more expensive, does not have removable ranges, and can cut a material between three and 100 times slower than the plasma cutter.

Despite their use by many manufacturers, they are out of place in the typical workshop due to their qualities.

Plasma cutters will surely be in demand with the appearance of lasers and water cutters in engineering, but the future of these technologies will surely rise in this field.

Their effectiveness will be unmatched by the other machines appearing if they can produce smoother cuts at the same or even faster rate.

In addition to the high voltage electric power and flammable gas used in plasma cutting, there are also other hazards to be aware of.

Is A Plasma Cutter Hotter Than The Earth’s Core?

Let’s think about something closer, something in our locality, our solar system. The center of the earth is probably the hottest place on the planet. There is a lot of iron being pressed under high pressure to create extremely hot conditions at the earth’s core, and this is why things are so hot down there.

Now that we have reassured you about how much heat is generated by a plasma system, we hope you are more comfortable.

How hot is a plasma cutter? Is it hot than the sun?

It may not be hotter than the sun, but a plasma cutter generates enough heat to generate 40,000 degrees. Plasma cutters generate such high levels of heat that it is vital to use them carefully.

Even though the amount of heat is controlled by the metal itself, a coolant can tone down the excessive heat generated by a plasma cutter.

There is a tremendous amount of variability when it comes to measuring sun temperature. The plasma cutter uses a flame that has a temperature roughly 4.5 times higher than the sun’s surface.

As you go farther into the sun, the temperature rises quite dramatically, and by the time you reach the really hot center, it is about 27,000,000 degrees.

Despite what you’ve heard, your plasma cutter will not get that hot. It can only match the temperatures of the upper layers before it becomes hotter than the sun itself.

How Can You Modify the Heat Of The Plasma?

Matter exists in four states, including plasma. Molecular constituents of plasma possess much more energy than gases (the third state of importance).

Essentially, you are watching a thunderstorm play out in miniature when electrons hit the neutron core and bounce off of the molecules that make it up, creating intense levels of energy.

Possibly, you’re starting to think that plasma cutters are too hazardous for your work environment, so you’ll stick with other tools instead. The temperature can be easily reduced to something a little less hot.

Our focus has been on the maximum temperature of the plasma jet, but you are not required to increase the power source and send the sun’s force to the metals.

In addition, we would like to stress that if you feel that plasma cutters are too dangerous for you, you should not use them. Get help from someone who knows how to plasma cut, or find a different method of cutting your material.

When buying welding equipment, there are several factors to consider.

It’s also important to consider the thickness of the material you’ll often be cutting. The ideal machine for you is a higher amp machine if you plan to cut thicker material generally.

The first step is to determine what speed is optimal. What would be more convenient for you, a quick or a slow cut? Depending on the thickness of the metal, check the manufacturer’s recommendations for its cutting speeds.

Take a moment to think about how plasma cutters work. Computers and office equipment can be affected by plasma cutters that conduct electricity via a pilot arc at high frequency.

Choosing a cutting machine that employs the lift arc method is prudent if you’re working in such an environment. The electrodes and nozzles are D.C. negative. You do not have to worry about damage to your office equipment when you use this type of plasma cutting machine.

Buying welding machines requires that you consider welding safety gear. As you are being exposed to high voltage, the nozzle protects you. Accidents can be caused by any mistake, no matter how slight.

Make sure the machine you get has a safety sensor that ensures the nozzle can’t be removed while it’s still on.

Related Reads : How to Change The Battery in Welding Helmet – 7 Easy Steps

Can A Plasma Cutter Cut Rock?

Yes, but not all rocks conduct electricity. A plasma arc would die if it did not contact the rock, and the rock would remain without any marks on it. The circuit voltage would be reduced to zero when most forms of rock conduct electricity. Plasma can cut conductive materials, so this is not an issue when cutting sheet metal because it is a conductor.

What Gas Do You Need for A Plasma Cutter?

A plasma cutter can generate flames by pushing a pilot arc through a constricted hole filled with gas. There are many types of gases that can be used, including air, oxygen, argon, and nitrogen. Plasma-cutting machines automatically control the plasma gas flow.

How Hot Does A Plasma Cutter Get?

It is possible to reach 45,000 degrees Celsius in a plasma arc. To avoid raising your electricity bill very high, make sure you are staying away from using plasma cutters as much as possible.

Is Lava A Plasma?

The answer is no. Lava is not plasma. Even though the lava is very hot, it is molten rock ejected by a volcano. That makes it a liquid. At the same time, a plasma is even hotter than the most energetic gas.

What Is Lightning Made Of Plasma?

A plasma column can form in the center of a lightning bolt when it discharges. An electron and ion flow through a gaseous medium creates a temporary plasma state and extremely high voltage.

Indeed, plasma cutters are capable of extremely high temperatures. The sun’s surface can be compared to it, while the core of the earth is hotter!

If the pilot arc is sparked correctly and you have the proper safety equipment, you will be able to cut through virtually any kind of material without any problem.

A plasma cutter is an invaluable tool in many shops because of this. You should not operate a metal cutter or begin cutting metal if you feel insecure or do not feel safe – instead, ask for help and have someone else do it for you.

THE TEAM THAT WORKED ON THIS REVIEW 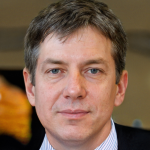 My name is Andrew Miller and I am an expert welder with over 10 years of experience in the field. I have a passion for welding and have dedicated my career to mastering the craft.

In my current role, I am responsible for testing welding products such as welding helmets, MIG and TIG welders, and welding gloves, and writing reviews about them to help clients make informed decisions.

With my extensive knowledge and expertise, I am able to provide valuable insights and recommendations to those looking for high-quality welding equipment and techniques.

We are a participating website in the Amazon Services LLC Associates Program. It’s an affiliate advertising program designed to provide sites with a means to earn advertising fees by promoting and linking to  Amazon.com, Inc. and its affiliates hold the trademarks for Amazon.com.